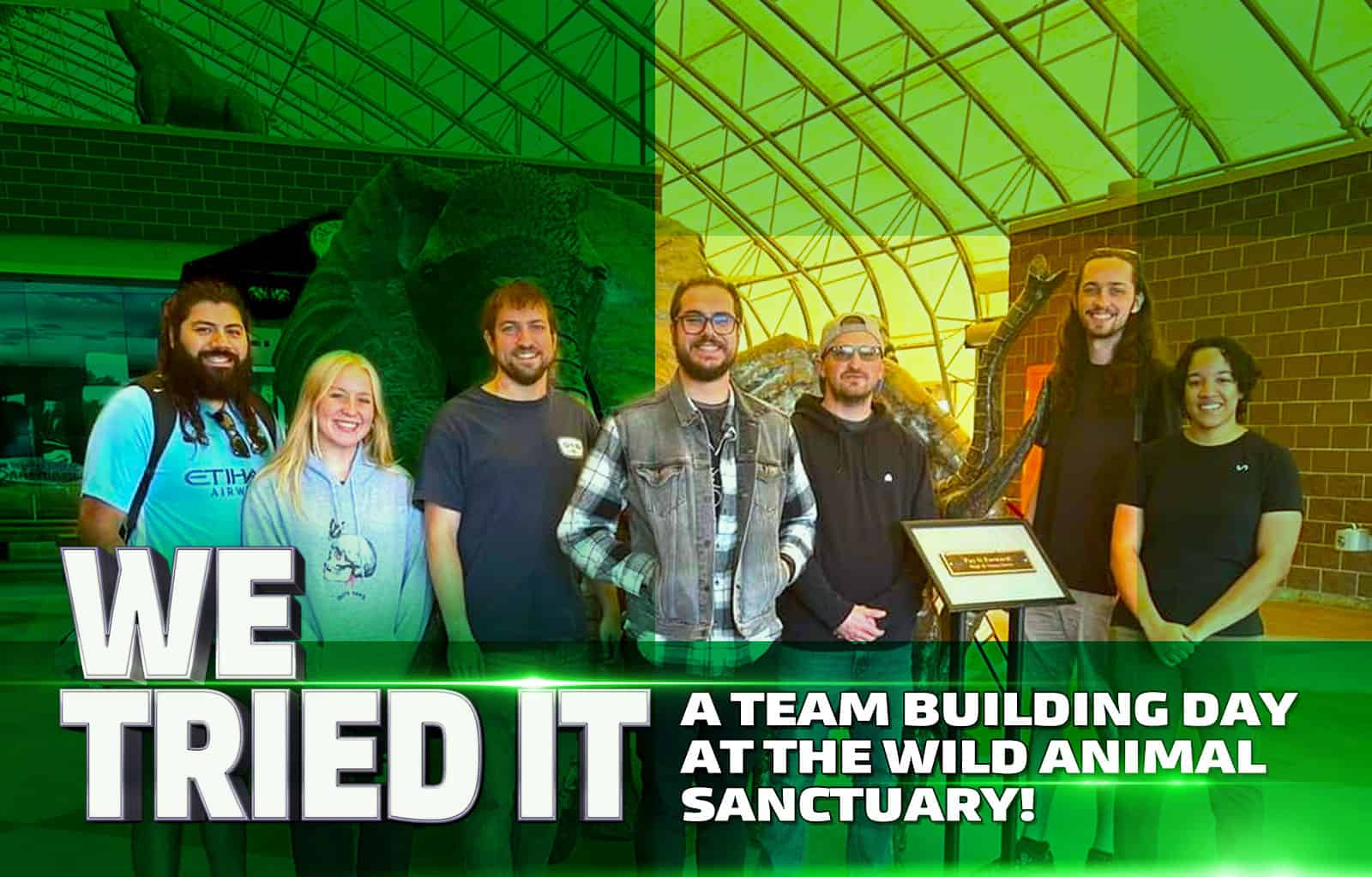 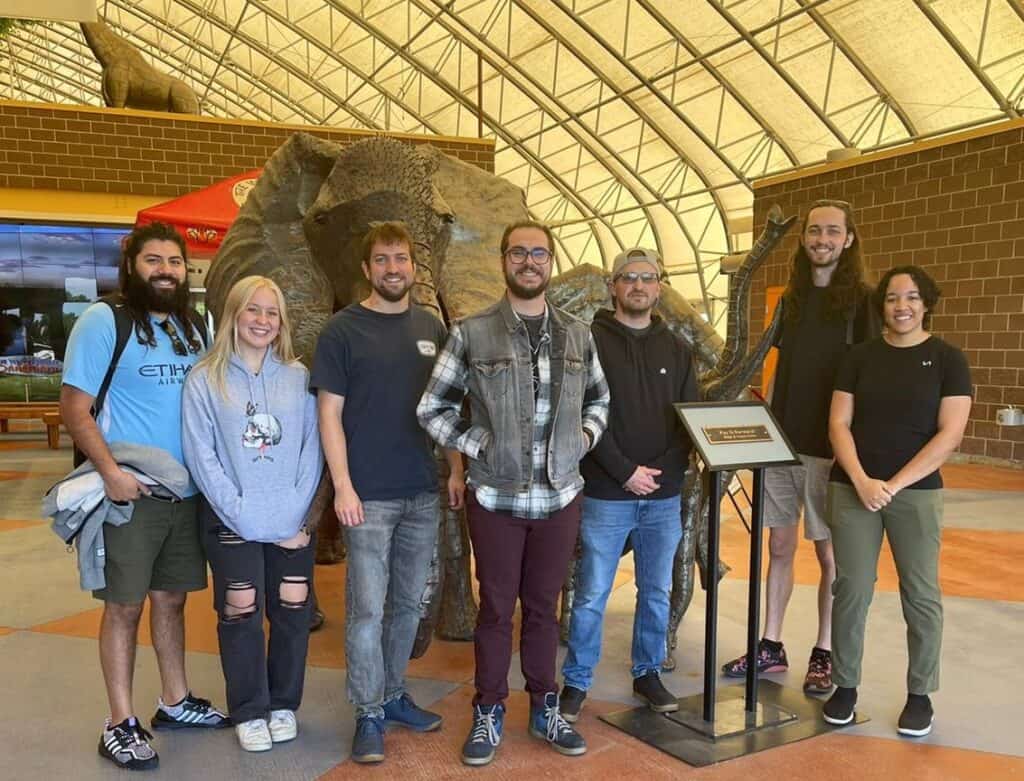 The Archery Games team at the Wild Animal Sanctuary

The 789 acre park has a 1.5 mile elevated trail to allow you to see the animals safely from up above. You’ll also venture through the indoor Lion House, originally built to house animals that were rescued from Bolivian circuses, and a smaller tiger enclosure. The Wild Animal Sanctuary rescued 150 animals from the infamous Tiger King. As they’re getting acclimated to life at the wild animal sanctuary and shared spaces with other tigers, the tiger enclosure provides smaller enclosures before they are given more space to roam.

Originally founded in 1980 the park has grown steadily grown into its current form. Although it isn’t open to the public, the Wild Animal Sanctuary also operates a 9,684 acre refuge in southern Colorado for animals that would like more space. They also operate a smaller, 41 acre facility in Texas. Across the 3 facilities, The Wild Animal Sanctuary provides a home to over 550 animals.

During our trip we saw tigers, lions, black bears, brown bears, wolves, lynxes, leopards, camels, and even ligers (a cross breed of tigers and lions that shouldn’t exist, but were somehow bred by humans). The visitors guide includes the story of most of the animals in the park, and how they came to be at the Wild Animal Sanctuary. Many were from circuses and “zoos” that were unable to provide suitable habitat, and many came from private owners who for some reason thought owning an animal like a tiger was a good idea.

The park is largely staffed by volunteers, who really added to the experience. The volunteers were passionate about the mission, and seemed to know the life history of nearly every animal.

Keep in mind, the park closes somewhat early (6:00 the afternoon our team was there), so make sure to check the website and plan accordingly.

We finished off the walk with a visit to their ice cream shop, so definitely leave some time for that. The ice cream shop closes at the same time as the rest of the park.

This was our second year visiting, and we’re already talking about going again next year. It’s a wonderful and unique group activity in Denver, particularly for smaller groups. The three mile walk got us outside for some activity, and is suitable for all fitness levels.

How much is admission to the Wild Animal Sanctuary?

We did the day passes, which were $50 per person. The admission fees pay for food for the animals, and general operation of the park.

What is the best time to visit the Wild Animal Sanctuary?

We arrived at about 3:30 and finished the walk about 5:45. This mid-october afternoon was in the 70s, and we got to see a ton of animals out and about. It’s probably best to avoid days that are exceptionally hot, as the animals won’t be as active. We were told that it’s getting close to bear hibernation season, but the bears were running and playing in the pool during our trip.

Things to bring to the Wild Animal Sanctuary?

Sun screen (we bought some in the gift shop), a hat, sunglasses, a water bottle, and comfortable walking shoes. If you have your own pair of binoculars, definitely bring those as well (we rented them from gift shop for $10). The path is metal, so don’t worry about your favorite sneakers getting dirty.

12 Unique Ideas for a Memorable Office Holiday Party in Denver

Organizing office holiday parties can be challenging. Finding a perfect venue, figuring out the budget,…

We Crushed It: Axe Throwing in Denver at Axe Whooping

For those that aren’t familiar with the activity, axe throwing at its core is a…

The Best Locations in Denver for Team Building Activities


Open by Reservation 7 Days a Week

Contact us for private bookings outside of regular hours

Updates on leagues and other news

Updates on leagues and other news